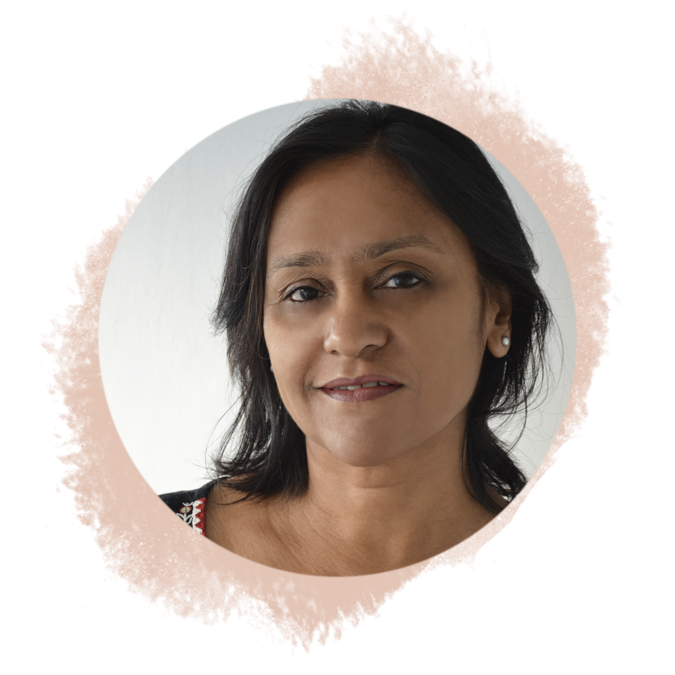 Award-winning Indian-American filmmaker Kavery Kaul’s documentaries challenge who “we” are and who tells that story. Founder of riverfilms, her works have been featured at DOC NYC, Telluride, London, Rotterdam, and Sydney Festivals; in countries including India, Japan, Burkina Faso, and Italy; at the Kennedy Center (DC), National Museum of Women in the Arts (DC), Metropolitan Museum of Art (NY), Cleveland Museum, and High Museum (Atlanta).

Kavery directed the prestigious Imagen Foundation Award Nominee Cuban Canvas, a Margaret Mead Film Festival Selection. Showcased at the Maysles Cinema (NYC), Back Walking Forward went on to numerous screenings internationally; Long Way from Home was a Film Threat and Time Out Critic’s Pick. Her cultural documentaries include the theatrically-released One Hand Don’t Clap; First Look, a National Latino Consortium presentation on PBS-TV; and Wild at Art, in the PBS-TV “Art to Art” series executive produced by Asian Women United.

Through an intimate lens, Kavery crafts stories which boundlessly straddle different worlds. She has been awarded a Fulbright and a Logan Fellowship. Her highly-acclaimed TEDx Talk speaks to the power of storytelling to connect people across divides. Learn more at kaverykaul.com 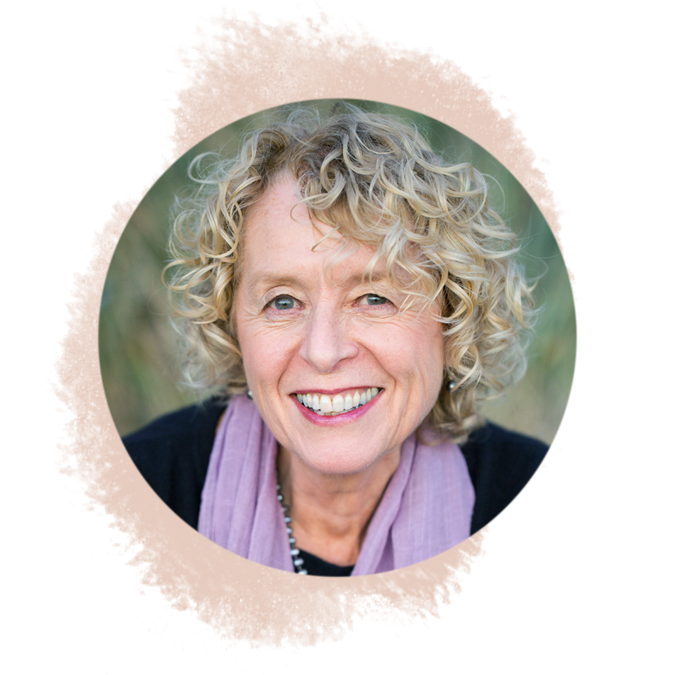 Filmmaker Deborah Shaffer has been making social issue documentaries broadcast on PBS-TV since the early 1970s. She directed the Academy Award winning Witness to War, the Emmy nominated Fire from the Mountain, the official Sundance Selection Dance of Hope, and most recently Queen of Hearts: Audrey Flack, which screened at the Full Frame Festival. Executive Producer of the Emmy winning HBO documentary Very Semi-Serious, Deborah has been awarded a Guggenheim Fellowship and the Irene Diamond Lifetime Achievement Award by the Human Rights Watch Film Festival. Learn more at deborahshaffer.com 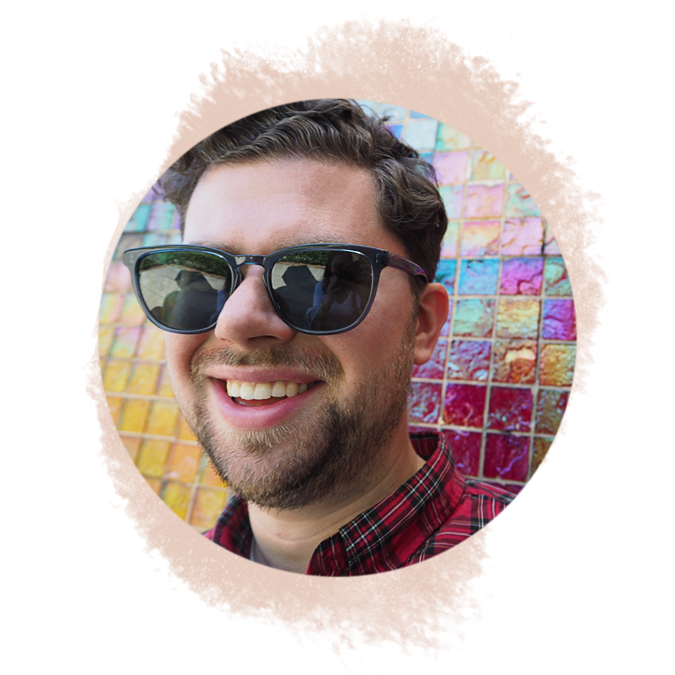 Documentary editor Lucas Groth lives in Cold Spring, NY and works out of New York City, on films shown on PBS-TV, MSNBC, and Sundance Channel. His work has been featured at film festivals worldwide. Lucas was the 2019 recipient of the School of Visual Arts - Social Documentary Film Alumni Editing Fellowship, which facilitated his work on The Bengali and led him to take on a new role as producer. This marks his second collaboration with filmmaker Kavery Kaul—Cuban Canvas (2018) has screened at festivals around the world, winning Best Documentary Short at the Mystic Film Festival. Learn more at lucasgroth.com 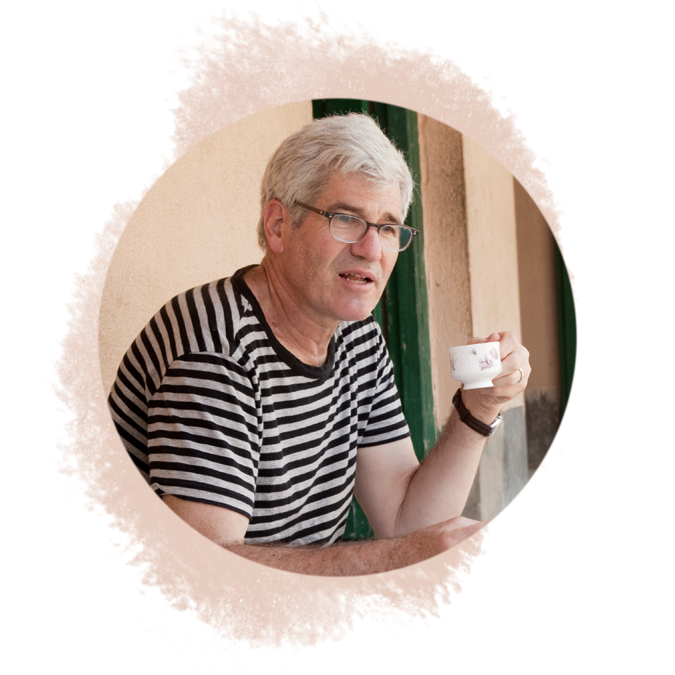 John Russell Foster’s nonfiction and fiction film credits include Kavery Kaul’s Cuban Canvas, which premiered at the Kennedy Center (DC), Kirsten Johnson’s Dick Johnson Is Dead, Lodge Kerrigan’s Keane, and Jonathan Nossiter’s Sunday. The films he has shot have been shown at Cannes, New York and Toronto Festivals. They have won the Grand Jury Prize at Sundance and the DuPont-Columbia Journalism Award. 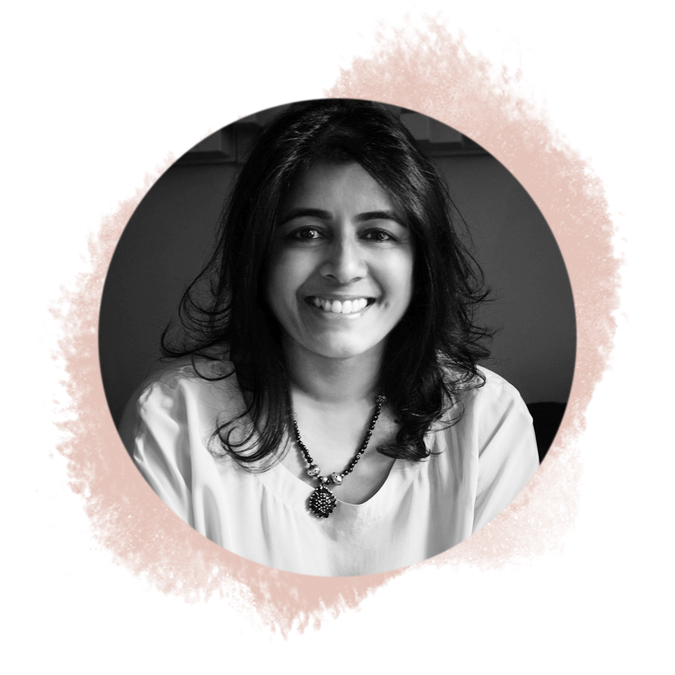 Film and TV Composer Nainita Desai is a BAFTA Breakthrough Brit and International Film Music Critics Association Breakthrough Composer of 2020. She began her career as a feature sound designer for directors including Werner Herzog and Bertolucci. Nainita’s many award-winning credits include Oscar-nominated and BAFTA, Cannes, SXSW winner For Sama, also nominated for Best Music at the BIFAs. Nainita moves seamlessly between a range of musical genres, collaborating with orchestra or utilizing her custom made instruments from across the world, incorporating electronics, found sound, and world music. Learn more at nainitadesai.com 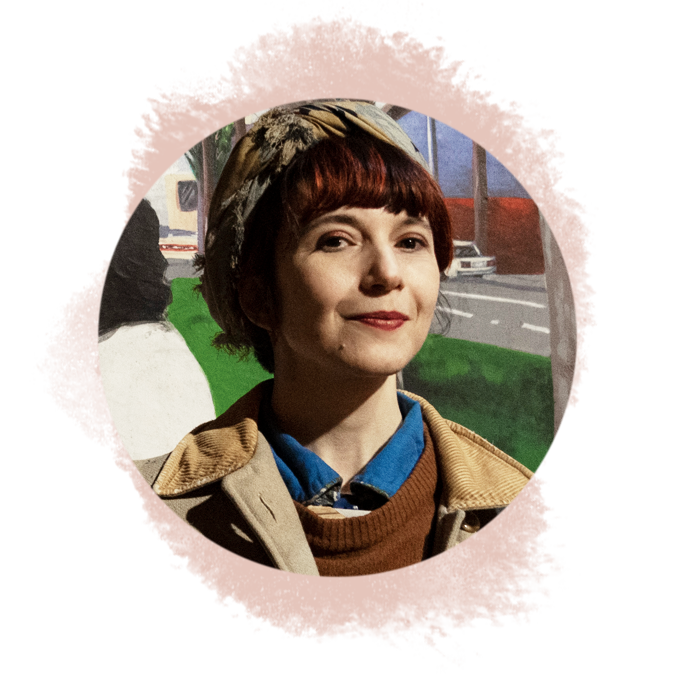 Maya Edelman is an illustrator and animation director who was born in Kiyv, USSR and moved to New York in 1993. She studied animation and film at Pratt institute, and went on to receive an EMMY award for her work on Broad City. Short films she animated have screened at DOC NYC, Sundance, and SXSW. She has also contributed animated sequences to live action feature films. In her personal projects, Maya explores themes related to water, physical borders, sleep and wakefulness, life and death. Learn more at mayaedelman.com

Veronique N. Doumbe was born in France and raised in Cameroon, France and Ivory Coast. Her producing credits include Turned Out and Woman to Woman. She has also edited films including the Trinidad and Tobago Festival Selection There All Along – Women of Trinidad and Tobago, Emmy-nominated Black Enuf, and the Gabon TV series Sens Dessus Dessous. A filmmaker herself, she is currently developing her feature documentary Raising Zuly. Learn more at veroniquedoumbe.com

Margot Edman has worked at BBC-TV, UNICEF and the WGBH NOVA science series as a segment director, production manager, and associate producer. She has produced press and video news releases and spent some years as a subject and archival researcher. She is an usher at Carnegie Hall as well.